I don't know where I got this recipe...but it is amazing.  It is so simple but so delicious, I love it!  My mom likes pumpkin sweets, so I decided to try these chocolate chip pumpkin muffins for her birthday party this weekend.  To view the recipe from Felicia at Go Graham Go's blog, click here.  Pictures below. 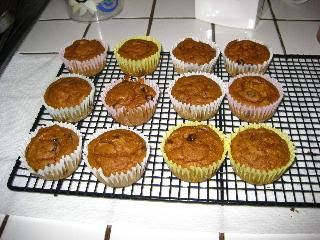 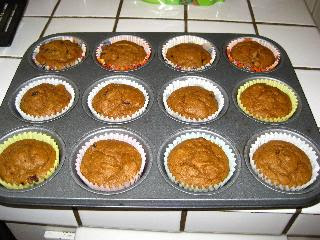 I tend to sign up for tons of mailing lists all the time...never wanting to miss out on anything.  A while back, Betty Crocker highlighted a recipe for "monster cookies".  Let me tell you, they are the best things ever!!!  They combine chocolate chip cookie mix, peanut butter cookie mix, m&ms, oatmeal, eggs and butter.  Normally I don't make cookies from a mix, but these ones are excellent!!!!!!!  To view the recipe, click here.  Note that I got 72 average sized cookies, as opposed to the 18 they suggest the recipe makes.  Below are two pictures. 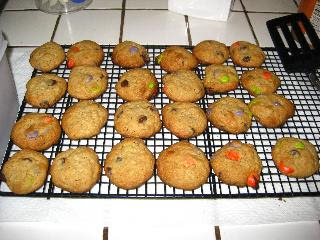 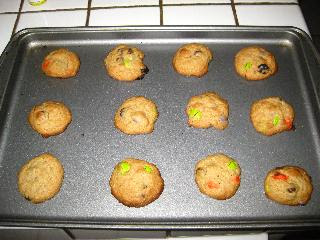 I was so excited when I read that Shannon at The Mommy-Files blog was going to do a Halloween Blog Or Treat - similar to Secret Santas.  It was so generous of her to offer to set this all up for everyone!!!!!

When I went to pick up my mail today, I was overjoyed to have received my package from Alba at Independent Mami blog.

She sent me such amazing things!  I had said I wanted "fall" things as opposed to "Halloween" things, and wow, that is what I got!  I got a cute sitting scarecrow, a few scarecrow-type figurines, a pumpkin candle holder with a yummy pumpkin, a decorative pumpkin, 2 different types of gorgeous pot holders, a pumpkin serving dish, decorative leaves, M&Ms and a beautiful card.

I am soooo thankful to Alba and her family for everything they sent me.  Below is a picture of my new treasures!!! 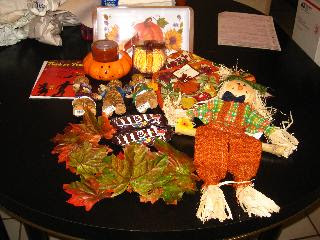 Saturday night after visiting with my family all day, my dad and I decided to exit the 405 N at Ventura Blvd, and "cruise" the street looking for frozen yogurt.  The first place we found was Yogurt Zone at 16060 Ventura Blvd in Encino.  I was soooooo excited!

When we walked in, there were 2 young guys working.  They were helping people.  It took a bit.  When they were done, they moved on to the group of 4 people in front of us.  After many more minutes, they had only given them 2 samples and had not even begun to get their yogurt.

Thankfully, I had Tim Tams from Target, so I ate 2 and gave up on yogurt.  It was soooo disappointing!  (But the Tim Tams were delicious!!!)
Posted by Becca at 10:23 AM 1 comment:

I was at a charity fundraiser dinner (No, I couldn't afford to buy tickets, someone bought a table and invited me)...and I had to pee.  The dinner was at Fess Parker's Double Tree Resort here in Santa Barbara.  I walked to the bathroom with my mom....was washing my hands...turned to look at the person to my right, and it was none other than Bethany Joy Galeotti who plays Haley James Scott on One Tree Hill!!!!!

Wow, she is as gorgeous in real life (in shorts and Uggs) as she is on the show!  Of course I was too shocked to say one word to her LOL

In case you have never watched One Tree Hill (Why would anyone not???), below is a picture of her! 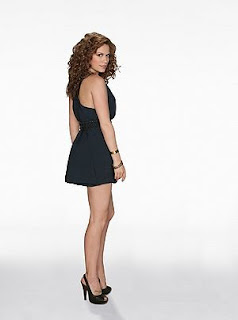 Woohoo, restaurant #2!  Just to remind everyone, I am trying to get more than 6 hole-punches in my Santa Barbara Axxess card this year.  Tonight, we decided to go to China Pavilion on Chapala.  My mom had been there once before, but no one else had.  The Axxess deal was to buy two entrees, get one free.  We saved $11.95.

China Pavilion has appetizers, soups, rices and tons of entrees!  There were 4 of us so we ordered an appetizer and three entrees.  We picked crab rangoons for our appetizer.  Our entrees were Moo Goo Gai Pan, Sweet and Sour Chicken and Pavilion Fried Rice without the sauce

We were all very happy with the food. The filling in the crab rangoons was delicious but I would have loved a bit more.  The Moo Goo was great!  The Sweet and Sour Chicken was awesome.  The Fried Rice was really good, even without the sauce!

This is a restaurant I would definitely recommend to anyone wanting great Chinese food :) 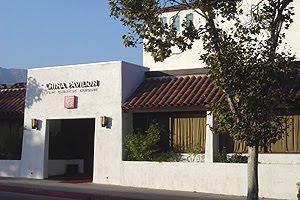 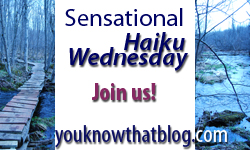 
This week’s theme is: Seasons

When will winter come?

I can't wait for rainy days 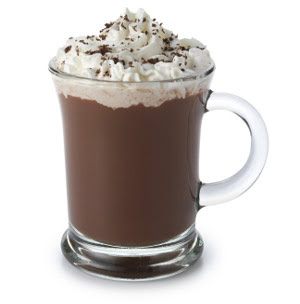 I experienced something new yesterday - a candy hangover!

I went to an evening Bar Mitzvah party, and the table centerpieces were buckets of candy.  There were also tootsie roll midges sprawled all over the table.

Let me tell you, while I didn't have any tootsie rolls, I had a ton of the candy from the bucket!  I also had chocolate ice cream with crushed Reese's peanut butter cups and chocolate sauce for dessert.

By the time I got home, my stomach hurt and I felt terrible.  I had weird dreams all night and woke up with a headache!!!!!!

Who knew there was such a thing as a candy hangover???? 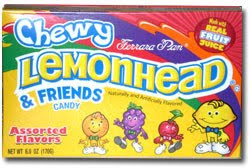 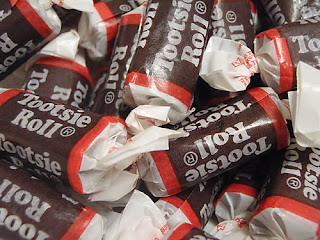 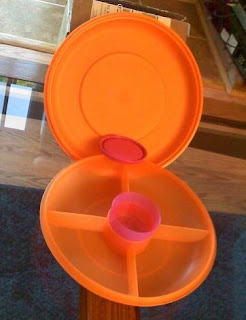 Audrey at Recipe Tips and Hints and I are giving away a Tupperware Small Serving Center Set.


For your first (and mandatory) entry into this contest, comment with 4 things you would put into the slots and what kind of dip you would put in the center. Please make sure to leave your email address in your comments.

To earn extra entries you can (please leave a comment for each additional entry):

This contest is open to anyone with a US mailing address that is 18+. Contest ends Monday, November 1st at 11:59 pm pacific time. Winner will be picked and notified by email shortly after.
Posted by Becca at 2:20 PM 187 comments:

As I have posted about before, I host for a gaming league called Eliters.

Good news - I have just been promoted to the Head Administrator for the Dominoes Yahoo league!!!

I am so excited to run the league and I really hope to bring up the league to how amazing it used to be.

So if I can convince any of you to join, please click here :)
Posted by Becca at 9:55 PM 2 comments: 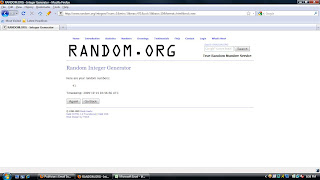 I have one more piece of exciting news to share about the Whole Foods Market in Santa Barbara.

Please go and help out if you can.

I really do love to read, and I also just recently finished "The Dangerous Days of Daniel X" by James Patterson and Michael Ledwidge.  I really enjoyed this book :)

Daniel X is the main character, and he was born with the ability to create things, both inanimate and living.

I am normally not a huge fan of sci-fi books, but every once in a while, I find one I really enjoy!  It probably helped that the chapters were only a few pages long, but the storyline was amazing!

There are more books to come in this series, and I can't wait to read them! 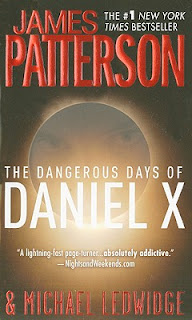 What Kind of Eggs Are You?

I don't know if many people online know this about me, but I love to read!  I have loved it since I was 4 and learned how.  We own a ton of books and continue to buy more...I would hate to ever not have a book nearby to read!

I recently finished reading "The Dirty Secrets Club" by Meg Gardiner.  I'm pretty sure this is the first book I have ever read by her, and I was REALLY impressed!

It starts off with something crazy happening during the middle of an earthquake, and turns into a mystery about murder-suicides in San Francisco.

The book is almost 400 pages long, but it only took me a few days to read and I had trouble putting it down!  I would definitely recommend it :) 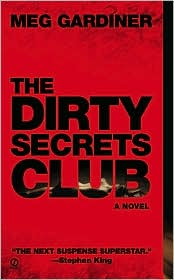 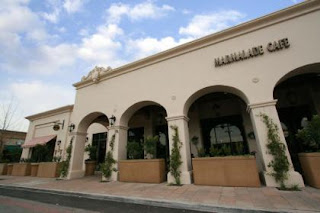 My town, Santa Barbara, has their own book like the Entertainment Books.  It is $30 each year and starts on Oct 1.  These books have tons of discounts on golf, retail stores, restaurants, amusement parks and more.

Last year, I only got my Axxess Card punched 6 times, although I used it many other times for non-punching discounts.  My goal this year is to ideally eat at a new restaurant each week, hopefully getting more than 6 punches.  I also want to blog about these new restaurants I go to.

Wish me luck on this endeavor. 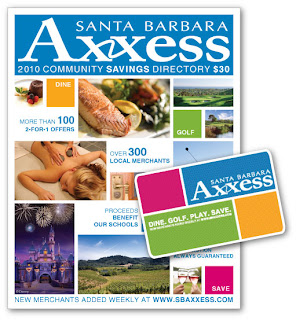 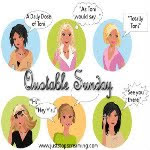 Toni at A Daily Dose of Toni hosts Quotable Sunday each week. This week I have decided to do quotes on Abraham Lincoln for no reason at all

I am a firm believer in the people.  If given the truth, they can be depended upon to meet any national crises.  The great point is to bring them the real facts.

No man has a good enough memory to make a successful liar.

Nearly all men can stand adversity, but if you want to test a man's character, give him power.

Leave nothing for tomorrow which can be done today.

Whenever I hear someone arguing for slavery, I feel a strong impulse to see it tried on him personally. 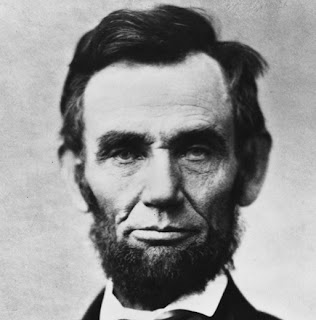 I don't normally post giveaways on this blog...I post them on my other blog...but this one is just too cute!

Welcome to this week’s edition of Aloha Friday. Thanks to Kailani at An Island Life for starting this fun for Friday. I’ll ask a simple question for you to answer. Nothing that requires a lengthy response. If you’d like to participate, just post your own question on your blog . Please be sure to head over to her blog to say hello and sign the Mr. Linky there if you are participating.

Have you bought your Halloween candy yet?  If yes, when did you buy it?  If no, when will you be buying it?

I was in Costco today and saw they had a ton of candy out.  We try to buy our candy 1-2 weeks before Halloween.

P.S.  Don't forget to enter my Tupperware contest below.