http://www.ikea.com/us/en/catalog/products/00053932So looking back at my blog, wow.  I think Avi's death really threw me for a loop and really messed with my groove.  I had been blogging regularly, sometimes multiple times per day.  Now I am blogging about American Idol and not a ton else.  So I am going to try to re-cap the last month or so.

Purim was last weekend.  For any non-Jewish readers, we read the Megillah on Purim.  In English it is sometimes called the Scroll of Esther.  The Megillah contains the whole story of Purim.  Basically, a bad man named Haman tried to kill all of the Jews but ended up killed in the gallows he had built for the Jews.  The "goal" of Purim is to get so drunk that you can't tell a man from a woman.

There are 4 things you have to do on Purim.  1 is to hear the Megillah read in its entirety twice...once in the morning and once at night.  Not a problem, we did this easily. (It took almost 30 minutes each time).  You have to give gifts of food to at least two people...also not a problem.  You have to eat a Purim meal...we ate a meal on Purim, but not even together (but it counts lol).  Lastly, you have to give money to charity.  We were a day late on this so it didn't exactly count...but the thought was there.

We also went to a fun re-telling of the story in English and to a carnival after.  The highlight of the carnival for me was the cotton candy LOL

I got really upset at the end of February that I hadn't read any books, so I did finish one on the 27th or 28th.  I also started another one during that time that I finished a few days ago.  I need to blog about both of those still!

Oh in really exciting for me news, my FRIEND Danny helped me find the perfect dresser.  Back at Chanukah time, my mom and dad offered to help me with both a new TV and a new dresser (I have always only owned hand-me-downs of both).  The other night when Danny and I were hanging out, he decided to go to Ikea.com and found me the awesomest dresser.  It's taller than the one I have now and has an extra two drawers (because of the split drawer on top)  Yay!!!  Now we just have to get to Ikea (the closest one is well over an hour away) 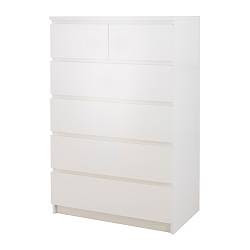 Oh, to prove I have other friends, my friend Julia is back from Davis.  I randomly decided to look at her Facebook a few weeks ago and was soooooo surprised to see that she had moved back to Santa Barbara.  I messaged her right away and we hung out 3 times last week!!! LOL  I don't know if I had seen her more than once or twice since she went to Davis like 5 years ago...so this is amazingly exciting!

Let's see....in terms of how dieting/exercising are going...I have noticed a slight difference in the firmness of my upper arms.  I even had my dad feel my unflexed biceps to show that my arms aren't so flabby!  And...I wore a shirt yesterday that hasn't fit me since I bought it (yeah, I bought something off the internet that ended up being too small).

And in "bad" news, I have what I hope is going to be my last cold of this Winter.  I have quickly progressed to the  "coughing every time I lay down" stage so I might be taking something to assist me with sleeping tonight hahaha

That's kind of all I can think of right now.  I have some reviews/giveaways that I would love to post tomorrow if I get around to it.

Thanks for reading this longer than usual blog post! :)
Posted by Becca at 10:23 PM

Don't you hate it when you buy something that doesn't fit right at the beginning? I'm glad it's better now! I love keeping up with Idol on your blog, by the way.

Very interesting on the Jewish story! I love hearing about traditions!

Hope you feel better soon. Something we've tried and seems to work for coughs/congestion (and it sounds silly but....) Put Vicks Vaporub on the soles of your feet at bedtime and cover with socks.

Nice looking dresser. It is wider than the one you have now? Looks like it has lots of space.

Thank you for sharing all of your stories! I learned something today. :)

Well I hope you got your mojo back myself. It takes time but it sounds like your back. Thanks for sharing all of this. Is Andrew Garcia still in AI?