With all of my TV shows on winter break, I decided to record a few movies I never got around to watching.  The first one I watched was Forgetting Sarah Marshall.  Peter, played by Jason Segel gets dumped by his famous girlfriend Sarah, played by Kristen Bell.  He goes to Hawaii to get over her, only to find out they are staying at the same hotel!  The movie is all about how they keep running into each other in Hawaii and the new people they hook up with.  It was a light-hearted movie and very fun.  I would highly recommend it to any person around my age (mid 20s) or younger. 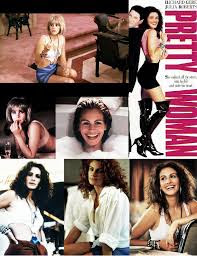 I also recorded an old classic, Pretty Woman.  My friends and family didn't introduce me to movies like this when I was younger, so I've had to catch up as an adult.  Pretty Woman is about a hooker named Vivian (played by Julia Roberts) and the businessman Edward (played by Richard Gere) who picks her up and becomes involved with her.  Since I'm sure everyone on earth besides me has seen this, I don't think I will be spoiling the plot by saying it is 1/2 about her transformation from hooker to classy woman and 1/2 about how they fall in love.  It was a super sweet movie and I think everyone should watch it if they haven't already!

I have more movies lined up, so I'm sure I will be blogging about them soon.
Posted by Becca at 10:08 PM