I started watching Weeds because when I was going to college in Long Beach, the younger son, Shane, was one of the students in the school I worked at.  I wanted to check out how he was as an actor.  He wasn't in the earlier seasons as much as he is now, and he is growing up to be so adorable!

I also decided during season 4 that Hunter Parrish, who plays Silas, is really good looking!  Too bad he's only 22 in real life lol

If you're looking for a great TV show to check out, and aren't offending by drugs, alcohol, sex, etc, you should definitely give Weeds a try! 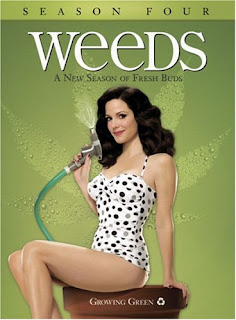 I've heard great things about this show. It's too bad I never watched it but oh well. Maybe one of these days I'll buy the show on iTunes and watch it :)

I bought the first season on DVD and it is, indeed, a fantastic show. Someday I'll get around to purchasing the other seasons available.